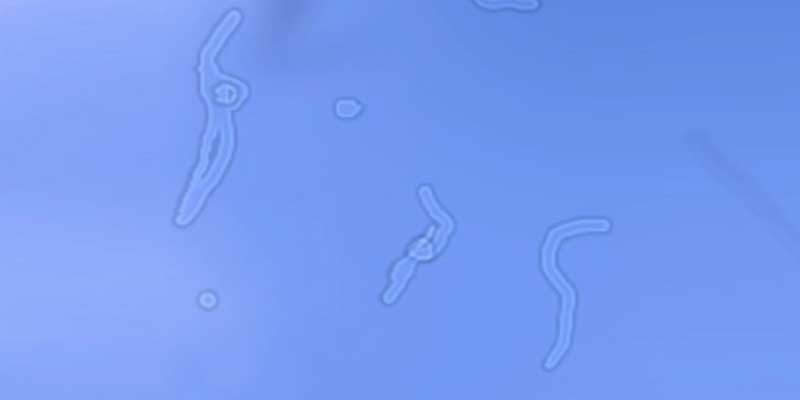 Spots and Floaters are deposits of various size, shape, consistency, refractive index, and motility within the eye’s vitreous humour, which is normally transparent. At a young age, the vitreous is transparent, but as one ages, imperfections gradually develop. The common type of floater, which is present in most persons’ eyes, is due to degenerative changes of the vitreous humour.

Eye floaters are suspended in the vitreous humour, the thick fluid or gel that fills the eye. The vitreous humour, or vitreous body, is a jelly-like, transparent substance that fills the majority of the eye. It lies within the vitreous chamber behind the lens, and is one of the four optical components of the eye. Thus, floaters follow the rapid motions of the eye, while drifting slowly within the fluid. When they are first noticed, the natural reaction is to attempt to look directly at them. However, attempting to shift one’s gaze toward them can be difficult as floaters follow the motion of the eye, remaining to the side of the direction of gaze. Floaters are, in fact, visible only because they do not remain perfectly fixed within the eye. Although the blood vessels of the eye also obstruct light, they are invisible under normal circumstances because they are fixed in location relative to the retina, and the brain “tunes out” stabilized images due to neural adaptation. This stabilization is often interrupted by floaters, especially when they tend to remain visible.

Floaters are particularly noticeable when looking at a blank surface or an open monochromatic space, such as blue sky. Despite the name “floaters”, many of these specks have a tendency to sink toward the bottom of the eyeball, in whichever way the eyeball is oriented; the supine position (looking up or lying back) tends to concentrate them near the fovea, which is the center of gaze, while the textureless and evenly lit sky forms an ideal background against which to view them. The brightness of the daytime sky also causes the eyes’ pupils to contract, reducing the aperture, which makes floaters less blurry and easier to see.

The sudden increase in the number of floaters, especially if accompanied by flashes of light or other vision disturbances, could indicate a retinal detachment or other serious problem in the eye. If you suddenly see new floaters associated with flashes of light, you should schedule an appointment immediately.

Dr. Weikum is in Tuesday & Thursday